An In-depth Look At Bed Bug Species & Other Similar Insects 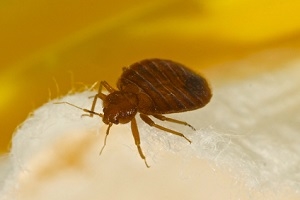 Bed bugs are of the Cimicidae family of insects because they are parasites that feed exclusively on the blood of warm-blooded mammals. They are the most well-known species in this family and are scientifically known as Cimex lectularius.

Once bed bugs have a human or animal host, they are ruthless in feeding. While they do cause intense itching after a bite, they are said to only very rarely transmit diseases to people. However, the rash of bites is so itchy that it's impossible to keep from scratching, which leads to skin infections.

Let's take a closer look at bed bugs and other similar insects that resemble them.

The Cimicidae family of insects

To be classified in the Cimicidae family of insects, a bug has to be parasitic and feed exclusively on the blood of warm-blooded animals.

They are all oval, small, and look flat (before feeding). They do have small wing pads but they can't fly. If you could see them under a microscope, you would see a beak-like mouth that helps them to pierce the skin and suck blood.

There are approximately 90 species of insects classified in the Cimicidae family.

Bat bugs, or Cimex adjunctus, are often mistaken for bed bugs because they are both of the Cimicidae species. However, it takes an expert entomologist to examine them under a microscope to tell the difference because they look just like bed bugs.

They are called bat bugs because they commonly feed on the blood of bats. Bats can often be found in attics. Once the bats are removed, the bat bugs look for a human or animal host.

One of the main differences to distinguish bat bugs from bed bugs are the longer hairs on the upper thorax of bat bugs. The thorax region is the part of the trunk between the neck and the abdomen. In humans, we call this the chest. Of course, bat bugs prefer bats and bed bugs prefer humans and pets.

To control the infestation of bat bugs, all that's needed is to eliminate the bats and disinfect the affected area of the home. Bed bugs are much more difficult to control.

The 90 something species of insects we mentioned in the Cimicidae family are not as well known as bed bugs and bat bugs. Though they look very similar, humans don't usually come into contact with the nesting areas of the hosts these other parasites prefer.

Poultry bug - Also mostly nocturnal, they feed on chickens and other poultry instead of humans. Human bites only happen if people get near poultry roosting areas at night.

H. Coloradensis - This parasite resembles bed bugs but normally feeds on birds, mostly purple martins and woodpeckers. Though it's rare, people can be bitten when they encounter birds nests in buildings.

Swallow bug - They usually feed on cliff swallows but sometimes on barn swallows. These birds like to nest in homes so humans can be bitten when the swallow bugs emerge after their winter dormancy as the swallows return the following spring.

Take a look at some of our other articles on bed bugs so you can brush up on their life-cycle, how to recognize them, and the best ways to control them. If you need a licensed exterminator in Ontario who uses safe methods to eradicate bed bugs, feel free to give Bed Bug Authority Canada a call.

Tony was very professional in the way that he answered my questions, inspected the bedrooms, and gave me advice.
- J.A.
Read More

This is my letter of confirmation that I was very pleased with the service provided by Bed Bug Authority Canada Ltd. Their promptness, affordability and efficiency was greatly appreciated and I would certainly recommend them to anyone needing these services.
- Nick
Read More